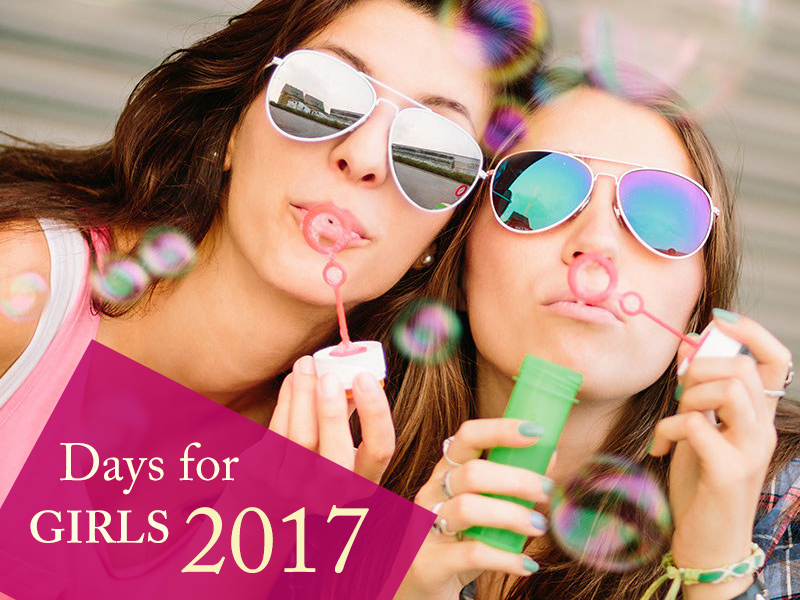 Most of the modern national holidays are devoted either to men or to men’s professions. Surely, there are some not really popular female days, but hardly anyone has ever heard about those holidays. This article is going to acquaint you with some of the previously unknown national days, as well as to teach you how to prepare and celebrate these holidays.

What makes a simple woman a real lady? What is the most beloved piece of clothing among all the females? Surely it is a dress. Throughout all the human history, the world has seen extremely different variations of dresses. You can study the history of mankind by looking at the dresses of different epochs. Therefore, it is more than appropriate to honor this piece of clothing at least for one day a year. National Dress Day was started by Ashley Lauren Kerr, the founder of TEAMfabulous. She wanted to commemorate not only a single piece of clothing, but also the most important and unforgettable moments in a life of every woman. Do not miss it on March 6, post some warm words with a #NationalDressDay hash-tag and remember the most fabulous moments of your existence.

On March 9, 1959, the world saw a new toy, a doll, at the International Toy Fair in NY. The following doll was destined to become a legend and one of the well-known  brands in the world. Now, this day is considered to be the official Barbie’s birthday. Only the minority knows that Barbara Millicent Roberts (Barbie’s full name) and her boyfriend, Ken Carson were created by Ruth Handler. So, on the next March 9, you are obliged to congratulate Barbie with her birthday at least by using a hash-tag #NationalBarbieDay in your social networks.

Unfortunately, there are not only positive days on your national-days calendar. These days, HIV/AIDS awareness is being promoted all over the world, but still some regions require enhance education in this field. These diseases have various impacts on girls and women, rather than on men, so the weaker sex must be well-informed about all the dangers and possible outcomes of HIV/AIDS. Tremendous awareness events are conducted on March 10 so that all the progressive companies, establishments and organizations could devote this day to informing the people (not only women) about all the aspects of these diseases.

On March 12, 1912, Juliette Gordon Low decided to gather the first meeting of a Girl Scout group. That first meeting was attended by only 18 girls who took part in various enrichment programs and outdoor activities. Nowadays, the organization comprises more than 4.1 million members. The community is driven by a slogan “Do a Good Turn Daily” that also motivates the newcomer girls to be prepared to make the world a better place. Today, in order to honor the Juliette’s efforts, the Americans celebrate National Girl Scout Day on March 12.