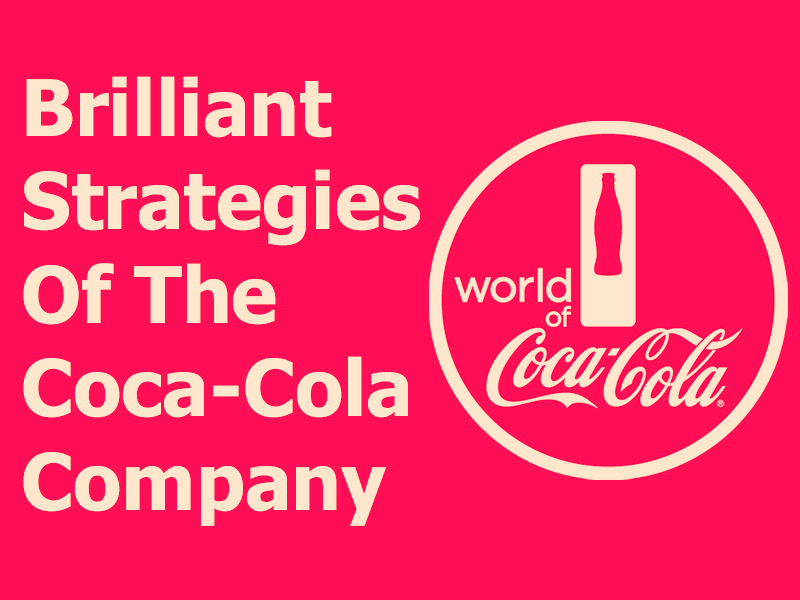 Do you know at least one person who hasn’t heard about Coca-Cola? The name of this brand was established in 1886 and now is well-known around the world. There’s no country where you can’t buy this awesome drink. Can you imagine how much work stands behind this brand? Coca-Cola belongs to giants who present the most successful marketing campaign in the world. Its leading expert entrepreneurs David Butler and Linda Tischler can share the winning agility strategies of how to achieve success in marketing.

In Atlanta after the Civil War, John Pemberton created a few samples of his own coca wines and left his nephew to test them in a pharmacy. Customers tried the new kind of soda, left their feedbacks, and throughout the year the formula of Coca-Cola was improved and adjusted to the market. Once Pemberton had gotten the perfect recipe he made it standard for manufacturing. There were only two major changes: in 1903 they excluded cocaine and in 1985 there was a “New Coke” disaster. The key to success is an unchangeable formula all over the market. Thus, you don’t waste time.

Once Coca-Cola had created its logo, it wasn’t changed for years. So that through 100 years customers all over the world recognize the logo. Time plays a huge role in a matter of habits. Can’t you imagine Coca-Cola’s logo without seeing it? That’s right. Now imagine your brand having such an influence on human’s minds.

There were dozens of other brown sodas in the same bottles. That’s why Coca-Cola held a national contest on the best bottle design for its product. Then The Root Glass Company in Indiana started a partnership with Coca-Cola as the contest winner. They offered an exclusive cocoa pod shape for the new bottle design and made it a part of the brand, as the logo.

Did you know that in 1919 retailers were responsible for the drink that had to be served at 36 degrees Fahrenheit? There was such quality rule; Coca-Cola should never be served above 40 degrees. This was a feature of a premium product.

Unlike today’s marketers, Coca-Cola set the standard price for the bottle. They haven’t changed it for 73 years.

Advertise the idea not just the product

The Coca-Cola founders tried to convince the customer that their product doesn’t  just taste good, but feels good. There were first to produce items with the brand’s symbol on it and reached the global advertising.

Don’t be afraid to adopt a franchise model

Coca-Cola is not just one company. It cooperates with the whole system of other companies to succeed in one business. It is a critical step, but it is efficient on a scale.